Amorphous- From Greek (a- without, morphé- shape, form) is a solid matter state lacking long range atomic order characteristic of a crystal. This kind of structure, which can still possess short range of orderly arrangement, gives opals their play of colour.

Andamooka- A mining town in South Australia, situated 520km north of Adelaide that produces precious opal and treating matrix opal. First deposits were discovered in Andamooka in 1930 below what is now known as Treloar Hill.

Andamooka Matrix-A very white, porous opal found only in Andamooka which is dyed black, giving the play of colours a black background in which to weave their magic. This was done as early as the 1950’s by soaking the opal in a sugar solution first, then sulphuric acid which burnt the sugar and turned it black.

Black Crystal Opal- A solid opal that has play of colour set against dark, transparent to translucent body.

Black Opal-A solid opal that is opaque and has a play of colour against a black background when viewed from above.

Body Colour- Opal’s background colour, against which the play of colour is seen.

Boulder Opal- A seam or patches of precious opal still attached to the host rock in which it formed. Highly valued and sought after for its brilliant colours and patterns. Most boulder opal is mined in Queensland, Australia.

Broad Flash- A type of pattern in which large sheets of colour cover most/all of the opal’s surface.

Cabochon- Gem cut into round elliptical or polygonal shape with flat or domed base and domed top. Historically it is an earliest form adopted in gemstone cutting. A stone cut in this manner is described as being cut ‘en cabochon’.

Carat- A unit of measure used to express weight of gemstones (1carat = 0.2 grams).

Chinese Writing Pattern- Opal pattern in the form of lines intersecting in the way that resembles Chinese writing.

Cleavage- It’s a form of fracture occuring in certain crystalline materials along specific planes, where atomic bonds are weaker and thus more prone to breaking.

Coober Pedy- An opal-mining town in central South Australia. Coober Pedy lies in the Stuart Range, 750km north of Adelaide. Since the discovery of precious opal there in 1915, Coober Pedy has been the world’s largest producer of precious opal. The harsh summer desert temperatures mean that many residents prefer to live in caves bored into the hillsides (“dugouts”).

Corundum- Crystalline aluminium oxide (Al
2O
3). It belongs to the trigonal crystal system and has a hardness of 9 on the Moh’s scale, which makes it very durable stone for jewellery but also widely used in industry as an abrasive. If crystals are pure it is colourless but usually there are some trace elements affecting the colour. Most known varieties are: Ruby, which is red thanks to chromuim and Sapphire- blue due to iron and titanium. Many other colours are also available, caused by other impurities and known as Sapphires with preceeding specific name or colour. Corundum is very popular and desired in jewellery with prices starting from a couple of dollars per carat for low quality, heavily treated stones, to tens of thousands per carat for top colour, untreated gems.
Corundum on Wikipedia

Crystal- State of solid matter characterised by an orderly arrangement of atoms in all spatial dimensions. Crystals are divided into 7 basic systems based on growth features, such as- general shape, number of faces and angles between those faces, all stemming from microscopic arrangements of atoms inside, called crystal structure. Most of rocks forming the crust are composed of crystals of size varied by the conditions present during formation. Crystals have a range of specific properties, like a piezoelectricity, pyroelectricity, birefringence, different stress resistance that depends on the direction.

Crystal Opal- Transparent to translucent solid opal, highly valued due to the brilliance of its colours and the fact that many layers of colour can be seen within the stone

Diffraction– Occurs when light passes through a small gap or is reflected from small grooves or minute particles. It then becomes slightly spread out or in other words diffracted.

Doublet- An opal assembled from opal top glued to another stone commonly potch or ironstone. It is popular form of manufacturing inexpensive, nice looking opals in Australia, where many opal seams are too thin to produce cabochon. It can easily be recognised when looked on from the side of a stone, be suspicious of stones set in bezel setting with covered back advertised as solid opals. In that case the indication that said opal is a doublet can be play of colour lacking in 3- dimensionality, as thin opal layer lacks depth. Doublet nature of the stone should always be disclosed as it gives special care requirements to avoid glue layer dissolving etc.

Fire-Refers to the play of colour of an opal. In opal industry phrases like “strong fire” are quite common.

Flame Pattern- Flashes similar to flames, radiating in the stone and moving as it is turned around.

Fossil Opal- Opal that has filled cavities in the ground left behind by once living organisms e.g. belemnites, molluscs. Usually found in Australia due to the sedimentary origin of those opals.

Fracture-  Breakage due to stress, commonly caused by an impact. There are several commonly recognised forms of fracture:

Conchoidal fracture- has a curved shape, often with pararell curved lines on its surface, resembling a mussel shell

Harlequin- Traditionally one of rarest and most sought after type of opal pattern, with colour patches having checkerboard look.

Honeycomb- Sometimes called “digit” as well, it is an opal pattern exhibited especially by Ethiopian opals. It is created by precious opal elongated formations glued together by common opal (usually, although it can be the other way around), when cut face up it resembles honeycomb and if cut from the side there are formations resembling digits.

Inclusion- Foreign material within a gemstone, can be a grain of host rock, different mineral, gas/liquid bubble etc. Inclusions usually detract from value of gems but in rare cases, if they have attractive look they can raise price due to rarity factor.

Interference– Light waves diffracted by sets of adjacent gaps or grooves may interfere with each other. Certain wavelengths may be cancelled out, others may be strengthened, so that we observe separate colours. It is part of opal’s play of colour mechanism. 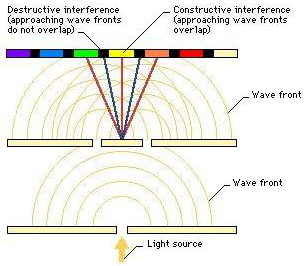 Jelly Opal- A transparent opal type which doesn’t display defined play of colour pattern, instead it has dancing/ moving flashes as it is turned around.

Lambina- An Australian opal field located 200km north of Coober Pedy. It has harsh conditions due to high temperatures and isolation.

Light temperature– It is measurement in degrees Kelvin that indicates the hue of light source. Things like candles, household bulbs give most of their light in red- yellow end of spectrum and are described as “warm”, those that have stronger violet- blue end are termed as “cool”. 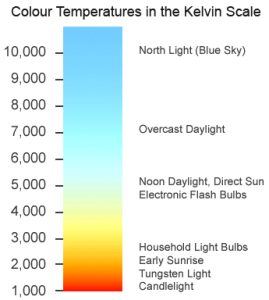 Light/White Light– Part of electromagnetic spectrum from 400 to 700nm in wavelength, visible to human eyes. What we see as white light is in fact a mix of colours which can be separated by using prism and other optical equipment i.e. spectroscope. Complete spectrum starts with red at one end and finish with violet at the other.White light is very important for Opal as it’s play of colour depends on spectrum and temperature of incident light. 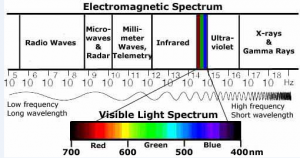 Lightning Ridge- A mining town in Australia, New South Wales famous for its black opals. The first parcel of opal there was mined and sold in 1903 by Charlie Nettleton. He had difficulty selling the parcel because the opal was so dark and buyer suspected forgery. By 1908 black opal mined in Lightning Ridge was fetching 50 times the price it did in 1903. Today, Lightning Ridge produces the worlds most sought after and highly valued black opal.

Marquise Cut- A type of gemstone cut which is pointed at both ends, with the sides being portions of a circle.

Mezzezo- Original location of opal discovery in Ethiopia. Opals from this location are usually found in a form of chocolate colour nodules, which are mostly unstable for cutting (crazing).

Mintabie- A mining town situated 350km north-west of Coober Pedy and 980 kilometres northwest of the capital of South Australia, Adelaide. The production there peaked between 1985 and 1989.

Moh’s Scale- A scale of hardness commonly used in gem industry, created by German geologist Friedrich Mohs in 1812. The scale goes from 1 to 10 and is based on the ability of one mineral to scratch another, number one is Talc and 10 is Diamond.The Mohs scale is a purely ordinal scale. For example, Corundum is twice as hard as Topaz, but diamond is four times as hard as corundum. Opal usually falls between 5.5 to 6.5. 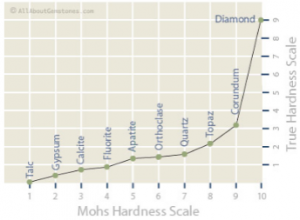 Nobbies- Pieces of opal derived from erosion. The term is rarely used in South Australia, but commonly used at Lightning Ridge and refers to opal found in the form of small nodules.

Opal- Opal is chemically made of sillica with varying amounts of water (usually up to 10%). Inetrnal structure is composed from amorphous or semi crystalline structure of sillica spheres. There are two basic types of Opal
– first has the spheres of varying size and arranged disorderly, creating Opal without play of colour known as Potch or Common Opal
– second is build of spheres stacked in orderly fashion and uniform size (same within single colour patch), which makes play of colour possible to occur, this variety is known as Precious Opal
The spheres size is responsible for the colours opal can display, starting around 200nm that gives violet, to about 350nm which displays red.
Opal on Wikipedia

Pattern- Every opal is one of a kind, but there are some similarities in some opals, which allow for basic pattern classification. Examples include: harlequin, honeycomb, broad flash, pinfire, rolling flash etc.

Pinfire- An opal pattern type consisting of multitude of small pinpoints of colour.

Play of Colour– Describes colour flashes shown by precious Opal as a result of white light diffraction and interference caused by Opal’s structure.

Sapphire- A Corundum of any colour except of red. Normally indicates blue(coloured by titanium and iron), unless preceeded by “fancy” which can mean any except of blue. Sometimes specific name, like ” Padparadscha” or colour name is added ( pink sapphire, yellow sapphire etc.). See Corundum for more info.

Seam Opal- Opal formed in a flat layer as opposed to a Nobby nodule. Seams can be quite thick or so thin as to only allow doublet/triplet production.

Solid Opal- A stone cut entirely from precious opal without other type of rock present.

Triplet- Same as Doublet, but with additional layer of Quartz/Glass or other mineral on top for additional protection. Triplets tend to have thinner opal layer than doublets as it is protected by top dome. Identification doesn’t usually present a problem, even in bezel set stones as some part of an opal can usually be seen from the side, revealing it’s nature.