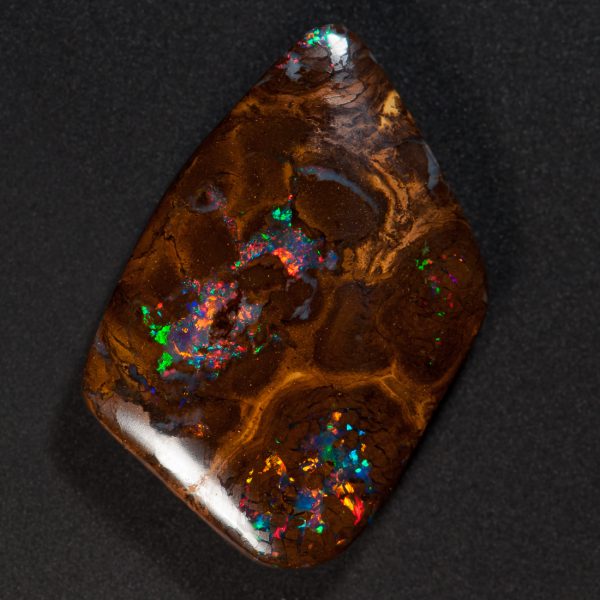 Australian boulder opal from Jundah field. It is a fairly large stone at 20.7ct in weight and that makes it best suitable for a larger jewel. This Opal has nice dark chocolate base and a good amount of multi-coloured fire, bright at all angles. With good cut and superb polish this opal will make a great centre stone for a modern pendant or bracelet design.